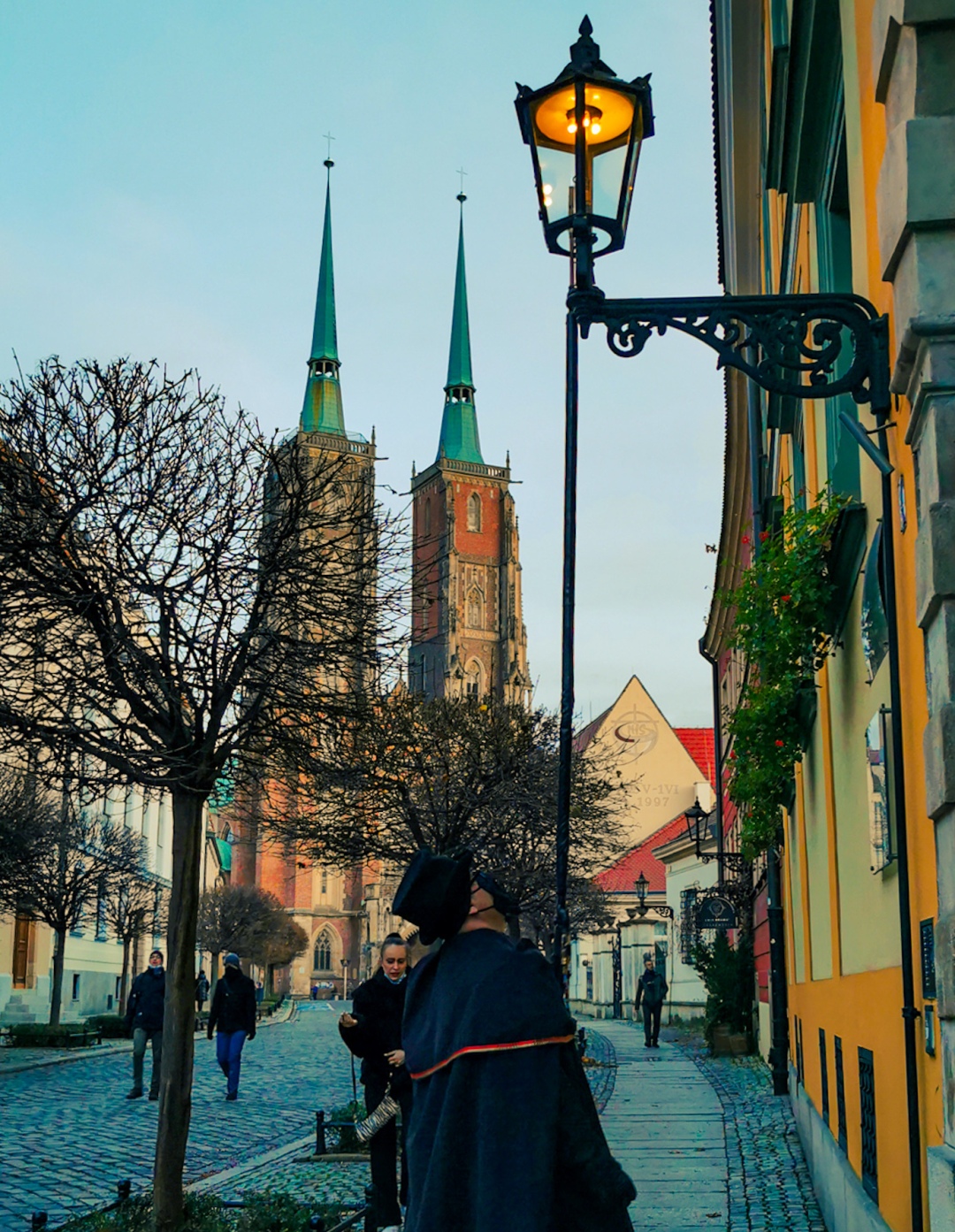 Wroclaw, the prettiest Silesian city and apparently the most beautiful Polish city located in southwestern Poland offer a multitude of visual delights to tourists and sometimes even the city residents. More than 2 years in this city and I never had a chance to catch this man in action. Yes, if you have been around on Cathedral Island during sunset hours, you probably have seen the Lamplighter, in his elegant attire.

Lamplighter has to be one of the world’s most charmingly antiquated, unique and fancy occupations. And if you are in Wroclaw you must try your best to catch the sight of this man in action! I would put this atop the list of things to do in Wroclaw.

The first gas lantern was lit in Wrocław in 1846 and up until the 1960s when they were replaced in the Old Town. Lamps on Ostrów Tumski sustained modernisation and hence the custom survived. Therefore, this tradition of lamp-lighting in Wroclaw is carried on to this day, 365 days a year!

The gentleman in the photo can be easily identified on the Cathedral Island at dusk in his unique attire, which comprises a visually-appealing cape and a wizard-like hat, lighting the 103 gas lamps on the island. The lighting is done with a butane cartridge discreetly hidden underneath his fancy cloak. The lamplighter uses a pole to ignite the lamps and a hook attachment to put them out each morning before dawn’s break. Watching him in action is not that easy! Therefore, you better be prepared with your camera in case you spot him hastening around! 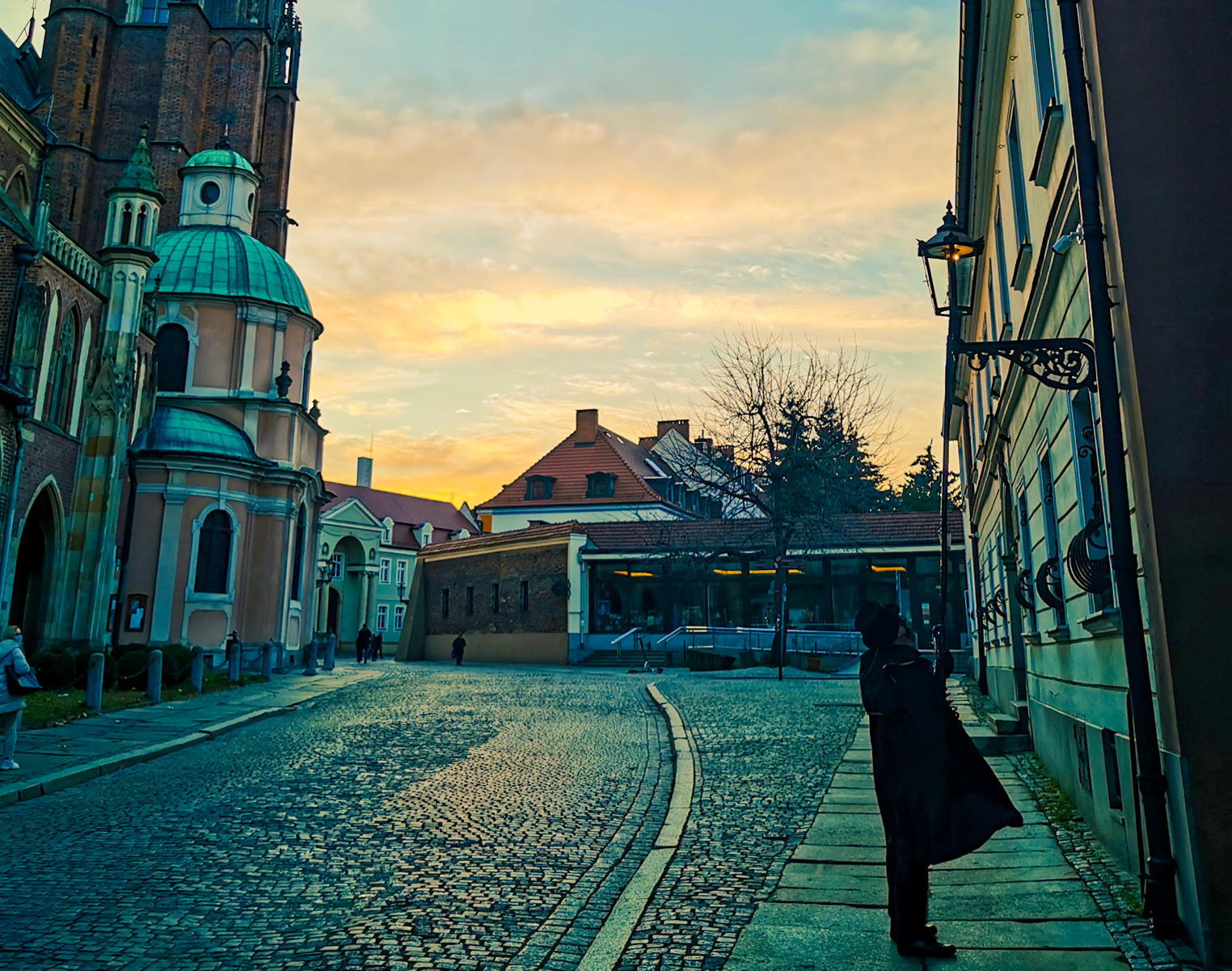 Trivia – Wrocław is one of only two European cities that carry on the tradition of employing a lamplighter (the other being Brest in Belarus).

Have you already had an opportunity of relishing this experience? How was it like? Share in the comments below.