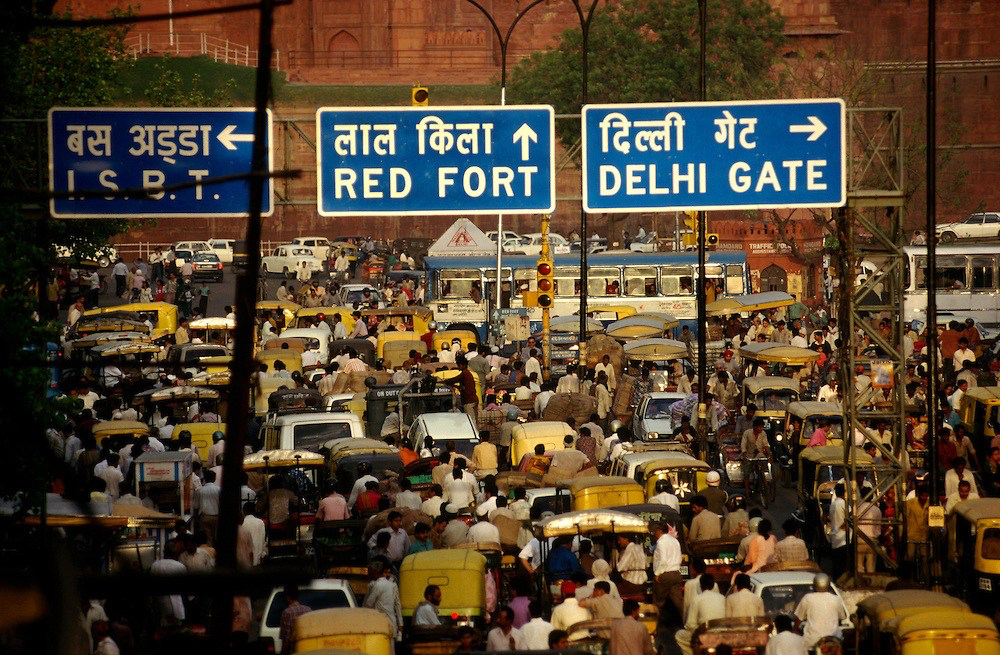 Delhi Stands On The Brink Of Becoming World’s Most Populated City & This Isn’t A Good News!

Are you too considering relocating to Delhi in near future? Don’t!

Because Delhi doesn’t need any more visitors. The pace at which people from across the country are shifting to Delhi, one thing has become obvious – the national capital territory is going to choke on more than one issue. Currently, Delhi, with 29 million people, is the second biggest city in the world, and the number is only expanding with time. Today, Delhi is placed second after Tokyo – world’s biggest city with 37 million inhabitants.

A recent report by United Nations Department of Economic and Social Affairs  – 2018 Revision of World Urbanization Prospects has revealed that moving ahead at this pace, Delhi will surpass Japan’s capital city by 2028. Of late, Delhi has experienced a substantial number of hazardous and frightening issues, with the most terrible being smog that comes back to haunt the city every winter. Besides, getting a view of the clear blue sky on the weather forecast page remains a distant dream for the residents of Delhi NCR.

The city, willingly or unwillingly, has sheltered people who shift here looking for job/study opportunities. The fact that Delhi is running out of space and conveniences don’t augur well, not just for its residents but for the entire country. Yes, Delhi is choking & the government needs to find a way out of this mess soon.

What does the report state?

The report on the Revision of World Urbanization Prospects mentions Tokyo (37 million) as the world’s biggest city closely followed by New Delhi. The other cities trailing Tokyo and Delhi are – Shanghai with 26 million population and Mexico City and Sao Paulo, with 22 million (approximately) each.

The report also foretells that fast-developing countries like India, China, and Nigeria will observe a massive number of sustained migration of people in times to come, which will see people shifting from rural to urban areas.

As of now, out of 1.3 billion population, approximately 900 million people in India are believed to inhabit rural areas while around 460 million live in cities. By 2050, Indian cities will see a shift of additional 416 million residents and, in order to withstand this transfer, the cities must be well-equipped. A major cause of migration is people looking for employment opportunities. New Delhi, Mumbai, Kolkata, Bangalore, and Chennai make the nexus of most crowded cities, with all of them having the population in excess of 10 million.

Small towns (Tier 2 and 3 cities in India) won’t be spared either! These cities will also see a massive population explosion in times to come, the study reveals. Meanwhile, the city like Tokyo is believed to get a breather owing to lower birth rate and aging population.

The road to recovery is not going to be easy but is certainly doable! The government must uplift and organize the Tier 2, 3 or ever small towns. Employment opportunity must be created in the important cities across northern India and the northeast as well. Quality of life and amenities must be accorded to the youngsters living in the small towns (they form a chunk of the urban population)! An equal distribution of the population is the need of the hour or get ready for choked streets and unaffordable prices. There is no other way out. Delhi is going to die its slow death, are you listening?