Indulge in nature more often and it will leave you mesmerized with its strangest working ways. Something similar was recorded by Marten Ajne as he went skating on the frozen Lake Lissma Kvarnsjölo located outside Stockholm in Sweden. The 1.6 km long lake turns into a frozen thin turf in winter. Marten recorded his skating stint and with it came the spooky sound emerging out of the 45mm of the black ice sheet; and it is so damn scary! The eerie sound is a result of the forever expanding and contracting ice, which resembles that of a landing spaceship.

The skating performed by Marten Ajne is known as Wild Ice Skating or Nordic Skating, and it has been touted as an art and science. Quite interestingly, here the skater seeks smoothness and high pitched laser-like sounds on the thin ice crust. Though, it looks satisfying but is equally dangerous. A lot of things come into play when skaters go exploring natural wonders like this. 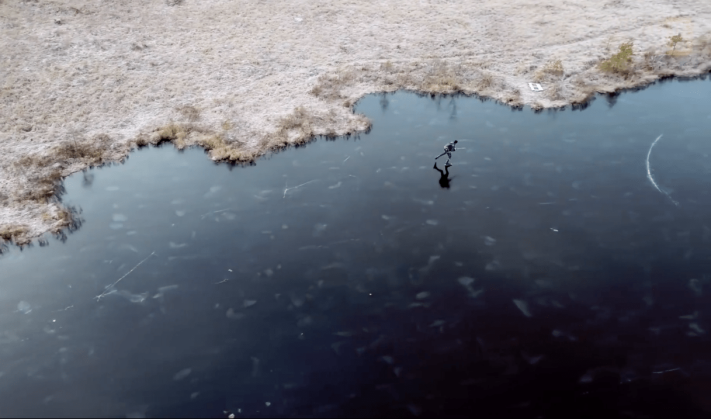 Temperature, environmental conditions, satellite images are consulted before the skaters set foot to explore these unusual locations. The lake recently froze and is almost 2 inches thick, so it’s miraculous that it can sustain the weight of a human.

Here are a few more pictures from the skating session 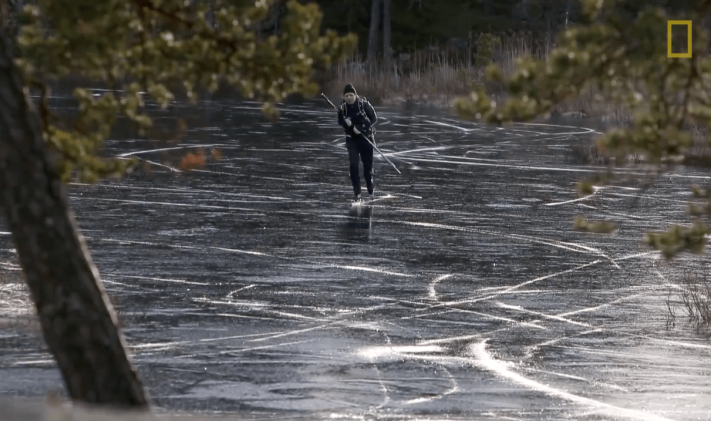 And here’s the video clip!

Would you, someday, want to overwhelm yourself with a visit to a place as extraordinarily mesmerizing as this?